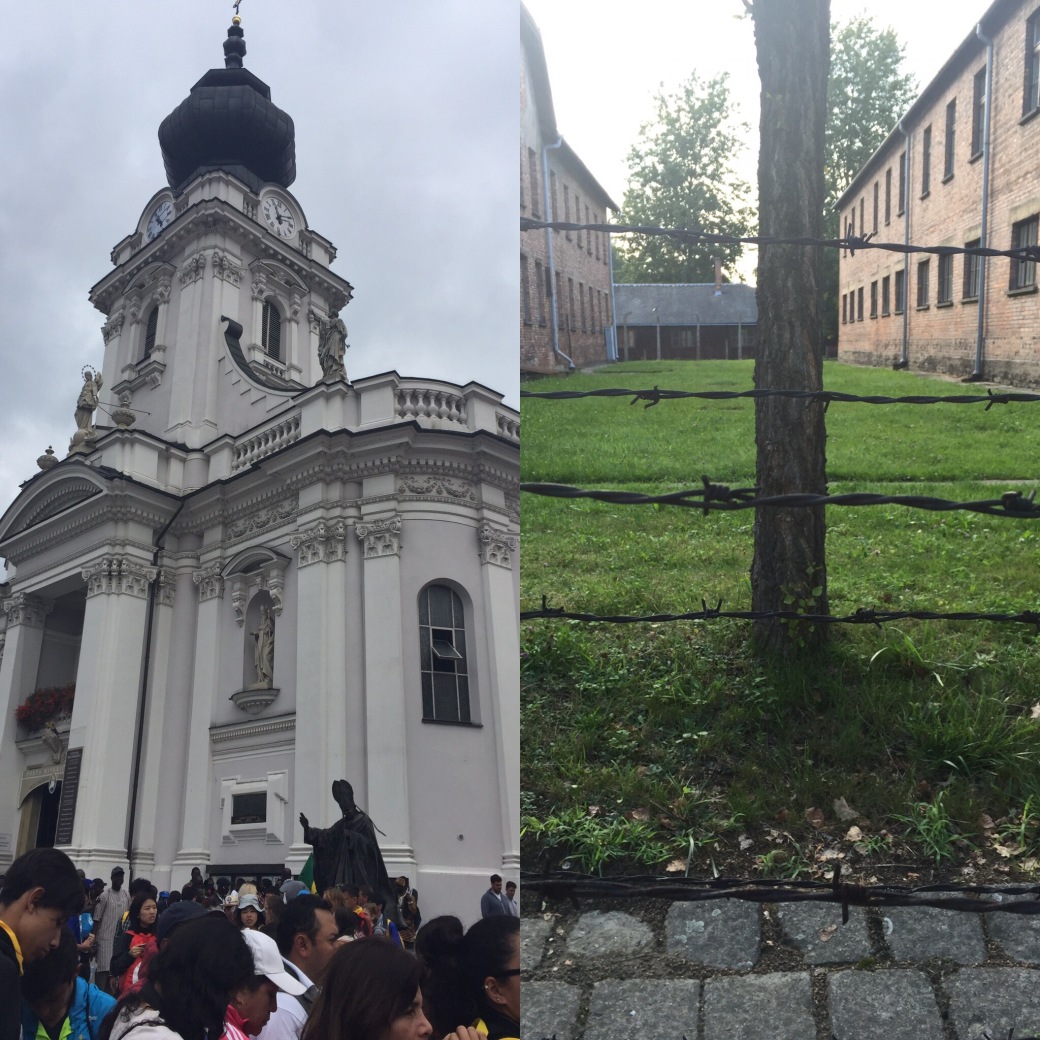 Our very last day included side trips to two sacred yet very different spaces.
The first was Wadowice, birthplace of St. John Paul II. We visited his home right off the town square. It was magnificently transformed into a museum that highlighted his entire life. From entering the room where he was born to recreating the experience of him being elected pope to a stark display of the assassination attempt to a powerful exhibit symbolizing the transition into life after death, it was a wonderfully done museum. It was absolutely creative and theatrical, accessible and inspiring, just as St. John Paul II would have liked. After celebrating Mass in the church where he was baptized, we were on route to the former Nazi concentration camp Auschwitz. 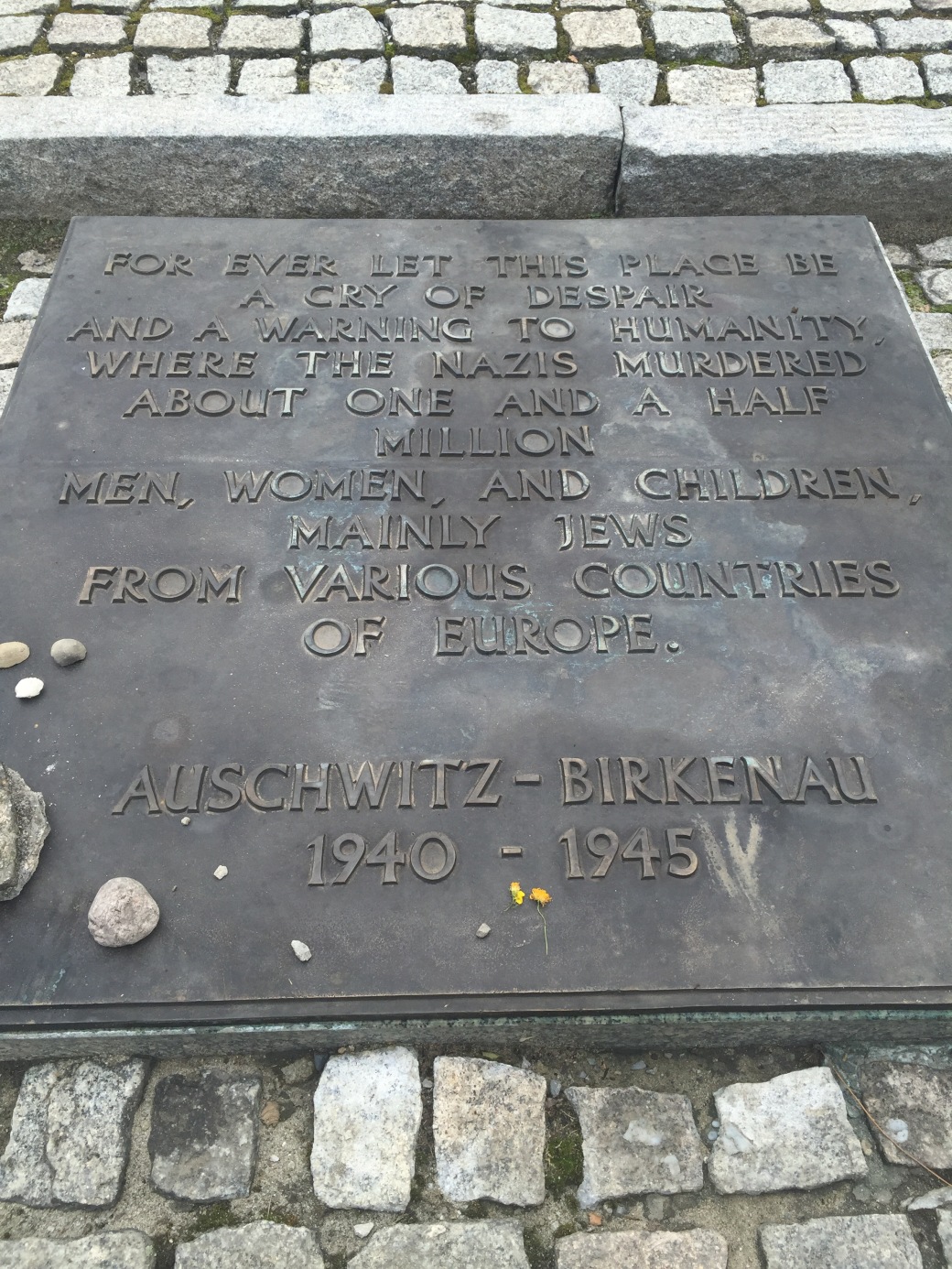 Where Wadowice was full of light, humility, and a quiet charm, Auschwitz was gray, somber, and heavy. The memory of the evil that took place in the space was ever present, and as a movement artist, my body reacted to it unkindly. We felt the burden of crime and the pain of the innocent. It would prove hard to return to the high of World Youth Day after visiting such a site. It left me angry at God and my body broke down, feeling the pain of those who suffered as well as the pain of my ancestors and those all over world who continue to suffer at the hands of people who do wrong. How was I supposed to heal?
To take a line from Warsan Shire’s poetry from Beyoncé’s “Lemonade” visual album, “If we’re gonna heal, let it be glorious.”
My sister and I realized that there was no other way to process and heal from this visit than through prayer, but not just any prayer. We decided to create our own sacred space, by allowing our bodies to release and pray and dialogue with God without the use of words, but just by spirit alone. We used our bodies to quiet our minds and allow our souls to transcend, to unburden ourselves and to receive God’s love. For us, no amount of talking about our feelings would have led us to such love. We can talk to others about our feelings but we would’ve left empty. We need to literally shake off what was clawing at us. To heal the pain by moving through it. To feel and experience our emotions rather than quietly and politely verbalize it. We invited God into ourselves and also grounded ourselves, creating such sacred space wherever our bodies moved.
We began to heal through our movement, for God was ever present. It is God who makes space sacred. For without God, we cannot move forward, move on, heal, hope, or love.